What’s Happening on Abbot Kinney Boulevard? Off the Boulevard? 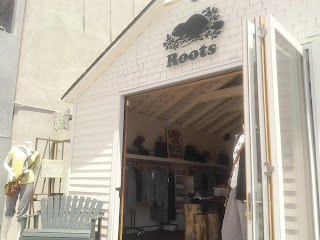 On the Boulevard: There’s a flurry of activity on Abbot Kinney these days with shops, cafes and restaurants opening and some closing. We’re sorry to see Altered Spaces Gallery leave the beloved boulevard- they are open a few more days, make sure to check them out.

Bohemian Exchange has moved to Main Street in Santa Monica.

Newbies to AKB are Roots, located in the cute little house, with Urban Escape still located in the back. Roots, a Canadian company has beautiful hand crafted leather goods, along with men and women’s fashions. They did a great job of remodeling the space, which now has a deck- check them out at 1505  Abbot Kinney Blvd. and tell them you found out about it from the Abbot Kinney First Fridays Blog!

Moving on down the boulevard, there’s a new cafe called Kreation Organic, where Jin Patisserie was located and (Hydrant before that …) The space is opened up  with tables outside on the grass at this reasonably priced restaurant cafe. It’s great to see anything on AKB these days that those of us in the jillionaire in waiting category can afford. They offer juices, smoothies, tapas egg dishes and even organic pancakes. Sounds yummy!

Have you seen a juicy new  boutique, cafe, restaurant, art gallery, etc that’s new on Abbot Kinney Blvd.? Or are you opening up a new business? Let us know by clicking the comment link below with some details and we may feature it in our next edition of  “What’s Happening on Abbot Kinney Boulevard? Off the Boulevard?”

Now  it’s time for Off the Boulevard!
The Venice Music Crawl started last week, an epic festival of live music in a number of venues on Lincoln Blvd. It was founded by Venice Local, Mark Rojas as a grassroots music scene. See our post on  the Venice Music Crawl.

What street in Venice will become the next Abbot Kinney Blvd.?
Lincoln Blvd. is quickly becoming an it spot in Venice with the new businesses opening  there in recent years. It used to be an ugly dirty street with an industrial feel (yuk!) and now it’s in a race with Rose Ave. to see which street becomes the next Abbot Kinney Blvd.! What! You might say…  These are thriving and up and coming parts of Venice – stay tuned!

PS Scotch and Soda on AKB… Can you order a drink there? Not a new bar but a clothing store…ummm… yeah, right on!