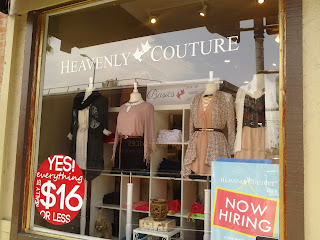 It is heavenly when you see something for $16 or less when shopping on the  hottest boulevard in the US (according to GQ and Forbes) and it’s gotten pricey!  The AKFF Blog checked out  Heavenly Couture and saw some really cute summer shorts, skirts and tops for the amazing price of $16 or less… and they are hiring, so  stop by. (Located at the traffic light by California.) 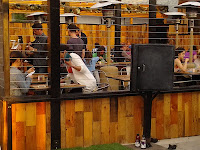 Where you at Abbot Kinney First Fridays last Friday! Wow, it sizzled with a supa summer crowd. It started early with a good crowd at the new  restaurant, Kreation Organic (former Jin Patisserie location) where we caught up with Juan, the Manager, formerly at Local 1205, who didn’t look like they were open on 1st Fridays. 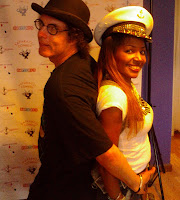 Around the corner on Westminster, at Get Waxed we saw the Paparrazi Comedy show – yes,really, produced by a local, Gisele with a slew of comedians including funnyman (and tv writer) Dave Shelton.

Plus the AKFF Blog sponsored a contest  on Twitter! Thanks to all those that participated, our Sponsors and Winners!
Prizes, Sponsors & Winners: –One free dozen Beignets & Coffee or Hot Chocolate from @TheBeignetTruck Winner: @akaJohnnyMots
– One Free Ticket from Paparazzi Comedy show  @paparazzicomedy & Wine Bar for August First Fridays Winner: @FreeBikeValet
– One Free Month Advertising on the Abbot Kinney First Fridays Blog  @AcquaMuse
Join the AKFF Blog Street Team! Do you keep on top of local events, are you on social media (alot!) and want to go to 1st Fridays and let people know where the cool stuff is? Email  AKFF
Want to Blog about local Venice, Santa Monica & Marina del Rey shopping, restaurants, nightlife?  If you can write about these things, are quick and good on follow through, you could be published on the Abbot Kinney First Fridays Blog! Email  AKFF
Can you sell online advertising and marketing packages for a Page 1 Google Website with a Los Angeles audience? Email  AKFF 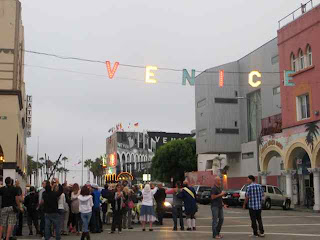 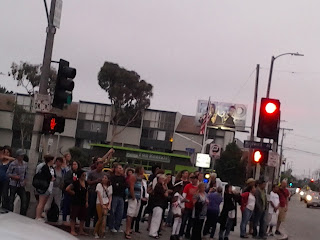 Off the Boulevard: Events this Week, Venice Sign Lighting, Pier Concert
Last week the 4th of July holiday started early with the Venice Sign Lighting on July 3 with patriotic red white and blue lights! The AKFF participated as one of the Media Sponsors and attended events at Townhouse, Bank of Venice and Danny’s and it was  a lot of fun! See our photo album >
Tonight, Wednesday July 10 brings the sweet and sultry sounds of Venice songstress Suzy Williams at Danny’s, 8 pm and Thursday night, July 11  is the start of the Twilight Concerts at Santa Monica Pier from 7 – 10pm. This blogger will be riding her bike  to the pier concert!
It’s All About Venice!