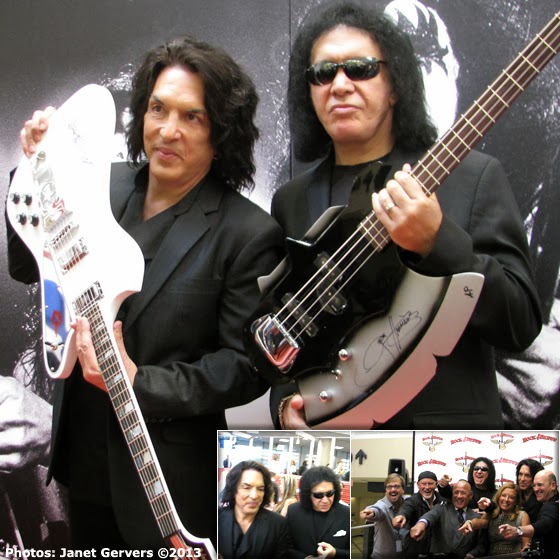 The event  was fun and festive with tasty food  and mini drink samples (craft beer, margaritas, bloody marys with bacon) served – yes, in the am! The barbeque chicken pizza and spicy sliders were tasty andthe yummy chocolate filled doughnuts started off the day right! Plus, hello- Paul Stanley and Gene Simmons graciously posed for a ton of photos by the press, including the Abbot Kinney First Fridays Blog, that were invited to spread the good news that you can get some tasty eats at LAX finally! Check out the AKFF Event Photo Album >