Have You Met The Queen of Venice? 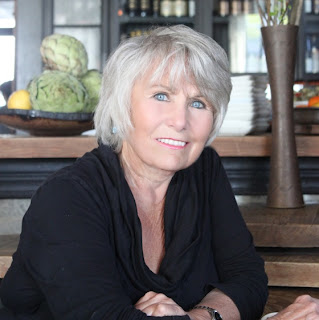 The AKFF Blog recently talked with Suzy Frank, owner of Abbot Kinney Real Estate in Venice. From rock n’ roll to real estate, here is the story of The Queen of Venice, in her own words.

I have been living and selling real estate in Venice since 1989.  I moved to Venice in 1984 when I was in the music business and had many large bands touring… plus it was more convenient to the airport. I started in the 60’s in the record business and helped to run the LA office for the Beatles’ Apple Label and worked at Woodstock for Capital Records.  I worked on movies for a few films such at Glen Campbell in True Grit and Midnight Cowboy “Everybody’s Talkin at Me”,  way before record people were working on film music.  I also was involved in the signing of 32 acts to recording contracts. I was country manager of the year in 1972, VP of Casablanca Records A&R under Neil Bogart. Being involved with Village People, Donna Summer, Kiss and Parliament Funkadellic to name a few. I also was the owner and creator of the the Hong Kong Cafe in Chinatown.  Out of that club many new bands were formed such as GoGo’s, B52’s, Chlli Peppers, X and Fear, and many other infamous punk bands.

I then made the largest record deal at the time on a new act, with a bidding war in Los Angeles, Billy Burnette.  I moved on to manage Autogragh and many other well known “Hair Bands”.  After touring with Van Halen, Aerosmith, Motley Crew and many others, then decided it was time to slow it down a pace.

I traveled  to Branson, Missouri and co-produced a hit “off broadway” type show and began managing Keely Smith. I was fortunate to meet  and work with Frank Sinatra, Sammy Davis and the rat pack early on in my career and am involved with the production of a Broadway Show about Louis Prima and Keely Smith, with Taylor Hackford as the director, at the present time.

I started to sell real estate in Venice in 1989 since  it was the place my “rock and roll”  crowd and I loved.   It was wild and free and music was everywhere.  No I was not your usual realtor with my cowboy boots and jeans, however I was the top sales person most of the time.  I was able to buy and flip many properties in Venice and also owned 6 properties on Abbot Kinney, which was named Washington Blvd. at the time and was part of a committee to rename it Abbot Kinney Boulevard.   I purchased the first building for $1 million and never looked back. I moved out of my garage office and opened at 1422 Abbot Kinney. I take pleasure in knowing that I helped build this town.