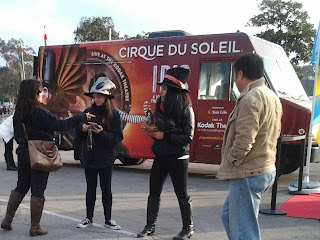 Just Added:
Cirque de Soleil!
To celebrate 25 years of performing in Los Angeles, Cirque is bringing the Cirque du Soliel Truck to Venice for Abbot Kinney 1st Fridays! Customers that visit the Truck will receive FREE SWAG and receive an exclusive offer on tickets for both OVO (Santa Monica Pier) and IRIS (Kodak Theatre). Make sure to say you heard about it on the AK BLOG! THANKS! 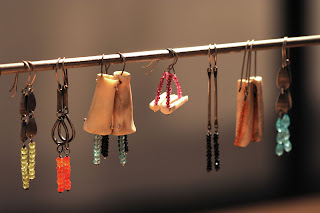 Altered Space Gallery
Store-wide sale on EVERYTHING in the gallery, with most items marked down 10-20%, and even 25% in some cases.  open from 12-9pm.
1221 Abbot Kinney Boulevard

Zingara
They always have something happening at their store on 1st Friday. Look for the red awning with cool clothes and shoes, step right in, check out their fab merchandise and come on down to the back patio for s’mores and more…  open til 11ish, sometimes later… 1507 Abbot Kinney Blvd.

Colorful history of films made in Venice CA, in this 9th Aannual festival and celebration of theotherwordly happenings at the legendary Venice West Gallery (birthplace of the Beats), aka Sponto Gallery with live performances in front of ultra rare Venice films. Experience the essence of Spontofication Rituals in art,music, poetry and the freedom of creativity from 7 Dudley Cinema. Check out the Legendary Peter Demian who will perform at 8pm on Thursday.