First Fridays Gets Funny on Abbot Kinney on August 2!

August 2 is the First Friday of the Month on Abbot Kinney Blvd.! For those who have asked the AKFF Blog, there is only One First Friday of the Month and you guessed it, it’s on 1st Friday! For REAL!
August is featuring Comedy & 2 FIRST FRIDAYS CONTESTS, Sponsored by the ABBOT KINNEY FIRST FRIDAYS BLOG! PLUS, EXCLUSIVE MERCHANDISE  from our boutique featuring Limited Edition graphics! 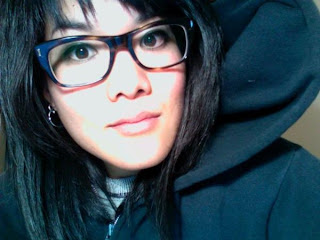 The Pre-Party Show has a First Friday line up with Ali Wong, seen on HBO at Electric Lodge, 1416 Electric Ave. Venice  90291 at 7:30 p.m.! Come see her live and other comedians, drink free beer provided by  Angel City Brewery, then hit the streets of Abbot Kinney Blvd. with food trucks, art and more comedy! Use code “FATMAN” for $5 off before it expires. Tickets $20, must be 21+. Get Tickets

This month we have 2 great contests for you – double your chances of winning a great prize from one of our Sponsors! There is a PRE-1ST FRIDAYS FACEBOOK CONTEST & FIRST FRIDAYS TWITTER CONTEST! DEETS:

PRE-1ST FRIDAYS FACEBOOK CONTEST:
Like the AKFF Fab Facebook Page, then post: I Love the AKFF Blog! between now & Thursday night at 11:00pm (August 1, 2013 Venice Standard Time) for the chance to win the following:
A Pair of Tickets for the Pre-Party Comedy Show at Electric Lodge valued at $20 each.
Winners’ name will be added to the list at Electric Lodge. The AKFF will announce the winner on our Twitter page and send a direct message to you. You MUST BE 21+.  Like AKFF Facebook Page

FIRST FRIDAYS TWITTER CONTEST:
Follow the AKFF on our Twitter Page, then post: I Love the AKFF Blog! by Friday by 12noon (August 2, 2013 Venice Standard Time) for the chance to win the following prizes:
10 Day Pass from NextSpace Co-wroking space in Venice!

Winners names will be posted on the AKFF Facebook page and we will message you.
Follow AKFF Tweets

More Events for this week COMING- check back soon!