See Below for First Friday… 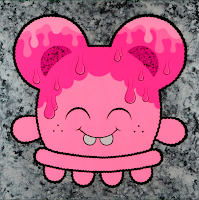 Art Opening Tonight: Corey Helford Gallery
It’s the 5 Year Anniversary of Corey Helford Gallery in Culver City, from 7-10pm – just a 10 minute jaunt from Venice. The gallery has featured seminal  artists over the years including Gary Baseman, Nouar, Coop, D’face, Shag and many others. For the momentous event, more than fifty artists from around the globe were invited to create a special piece for the anniversary show. The exhibition will include new works by celebrated artists who have shown with the gallery since its inception: Natalia Fabia, Sylvia Ji, Buff Monster, Kukula, Lola, Korin Faught, Brandi Milne, Eric Joyner, and David Stoupakis.

Moving to Saturday, there’s a 4th of July Parade in Santa Monica on Main Street starting at 9am- parade starts at Civic Center at Pico.

On July 4th in Venice and Santa Monica:

Chaya Venice, on Main Street will be offering food & drink specials all night…featuring The Gumbo Brothers gettin’ there groove on! As we all know, Chaya never has live music, so this is really cool!!! get some good sushi  and Gumbo Bros on- their music is fun and funky! Miss Jessica and The Sugar Shack Attack’s “BANG! Funky Dance Party” a few steps away, across Main at O’Briens starts at 11pm with 2 waqrm up bands before that. Have a Funky 4th of July!

It’s First Friday already and we’ve got something for everyone, including Venetians who’ve avoided the 1st Friday food truck craziness combined with the LAPD who think it’s a crime when people in Venice are  having a good time to those who come just for the food trucks!

For starters, those who like fire and perhaps just want to keep warm in the  brisk ocean breeze, check out Brasa at 1648 Abbot Kinney (close to Venice). Fire intermingled with poetry and some other surprises, stop by and tell Ben that you saw it on THE First Fridays Blog!
Nearby is Robin’s Sculpture Garden, a laid back scene with sculpture in an amazing garden space where locals and hipsters alike are attracted to local artist Robin Murez’s uniquely creative environment she’s created. 1632 Abbot Kinney Blvd.
At the opposite end of the street, Joe’s has something for the locals… live music on the patio with Peter Kavanaugh from 7:30 -11:30ish, plus enjoy a free glass of wine with purchase of an entree or bar item! 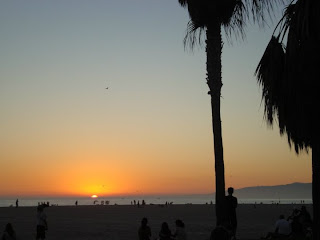 Did you know there is 1st Friday on Ocean Front Walk? Yes there is and I recommend heading over to Figtrees a local cafe by the beach with delicious yummy food and great happy hour prices on drinks and food starting at 4pm until sunset! on Friday, you will be entertained by live music from Fefe who will play acoustic  Beatles songs. 429 Ocean Front Walk, 2 blocks south of Rose Ave on the Boardwalk.

Minoma Schubert is a Creative Coach, a new Venetian who moved  from Germany in the past year. She specializes in workshops and classes in transformational energy that focus on music and dance.  While she studied economics in Germany she moved into the creative area and studied with Georgio Peugotin avant garde theater and performance; that, in addition to studying energy and breathing work with Dr. Henning von der Osten for two years. Workshops and classes are held at various venues in the neighborhood. ﻿Email Minoma for more information.
It’s All About Venice!