Techweek LA 2015 was going off on Monday night, November 9 at We Work, Santa Monica in their brand new coworking space by the Promenade! There were startups, investors, ad agencies and even lawyers at the event.   AKFF talked to Marina Lee, Founder of Women in Tech, who  will host  a panel/presentation (time tba) and saw Brett Lockett, former NFL player turned investor who was in her lively panel last year. Hint: he’s likely to be in the Women in Tech presentation this year, which was this Editor’s favorite of all the Techweek events.

The Techweek LA Conference and Expo is on  Thursday and Friday, November 12 and 13 respectively on the Santa Monica pier for the second year in a row under a giant tent. It sounds odd, but it’s pretty cool.

See our previous post with more details on Techweek LA 2015.

Techweek is a Festival Conference and Expo  that is a celebration of entrepreneurs in cities throughout the world. Of course, it’s coming to Los angeles, during the week of November 9 – 15. It will  be on the Santa Monica Pier, Thursday and Friday, November 12 + 13.

Techweek100 is a curated list of local leaders who have made a significant impact on the technology and innovation ecosystem. This year’s Techweek100, aims to highlight the thought leaders and innovators supporting and founding the fast-growing tech companies in LA.

There is a lot of exciting names on our Techweek100 LA List including: Elon Musk of SpaceX (CEO & Chief Designer) who is also Product Architect of Tesla Motors, and Chairman of SolarCity, Beth Comstock of Hulu (Founder),  Evan Spiegel and Bobby Murphy from Snapchat (both Co-Founders), plus Jonathan Badeen of Tinder (Co-Founder and VP of Product).

Buying or Selling Furniture Made Easy with the Move Loot App!

The Move Loot app  is now available for download on Android!

What’s in it for you? Alot of cool curated furniture for sale that Move Loot delivers to you. Got extra furniture you want to sell but don’t know where to start? The Move Loot app makes it a breeze. fresh finds are posted daily.

Check out Move Loot, where sellers can list their goods for buyers. Free pickup and delivery, posting your items and photography are available for the sellers to get their goods to the buyers – cool!

Go to Google Playstore & get the Move Loot app! Move Loot delivers to you!

Silicon Beach Fest 2015 takes place in Marina del Rey for the first time for this extravaganza of startups, technology, talent and growth in the LA Tech Community, aka Silicon Beach. There are speakers, panels, special events from June 24-27 at the Marina Del Rey Hotel, event headquarters.

Music, Art, Literature, Silicon Beach  and Networking events and more- the AKFF has got you covered for this week!
(Free & in Venice unless otherwise noted.) 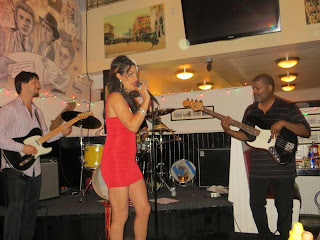 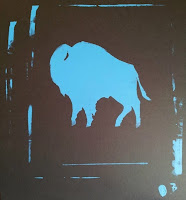 July 20 Sat –  The Lit Show 9th annual celebration of song and literature hosted by the talented Suzy Williams, the Diva Deluxe of Venice with musician Brad Kay and several other musicians to perform songs based on words by Kurt Vonnegut, Edna St. Vincent Millay and other poets/writers at Beyond Baroque from 7:30 – 11pm. 681 North Venice Blvd. $15 Admission. 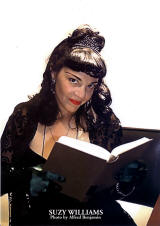 If you are interested in Blogging for the Abbot Kinney First Fridays Venice Blog, please Email the AKFF Editor, with samples of your writing.